In Spring 2020 Whitefish Mountain Resort began a multi-phase project that will increase accessibility and improve terrain variety in Hellroaring Basin. The initial phase included clearing timber for new runs and the lift line, as well as glading areas adjacent to runs, and re-sloping areas on the Hell Fire run to eliminate the negative grades. Phase 1 was completed in the fall of 2020. Phase 2 includes relocating Chair 8 in 2021, which will allow the resort to open Hellroaring Basin earlier in the season.

Benefits of the Hellroaring Project: 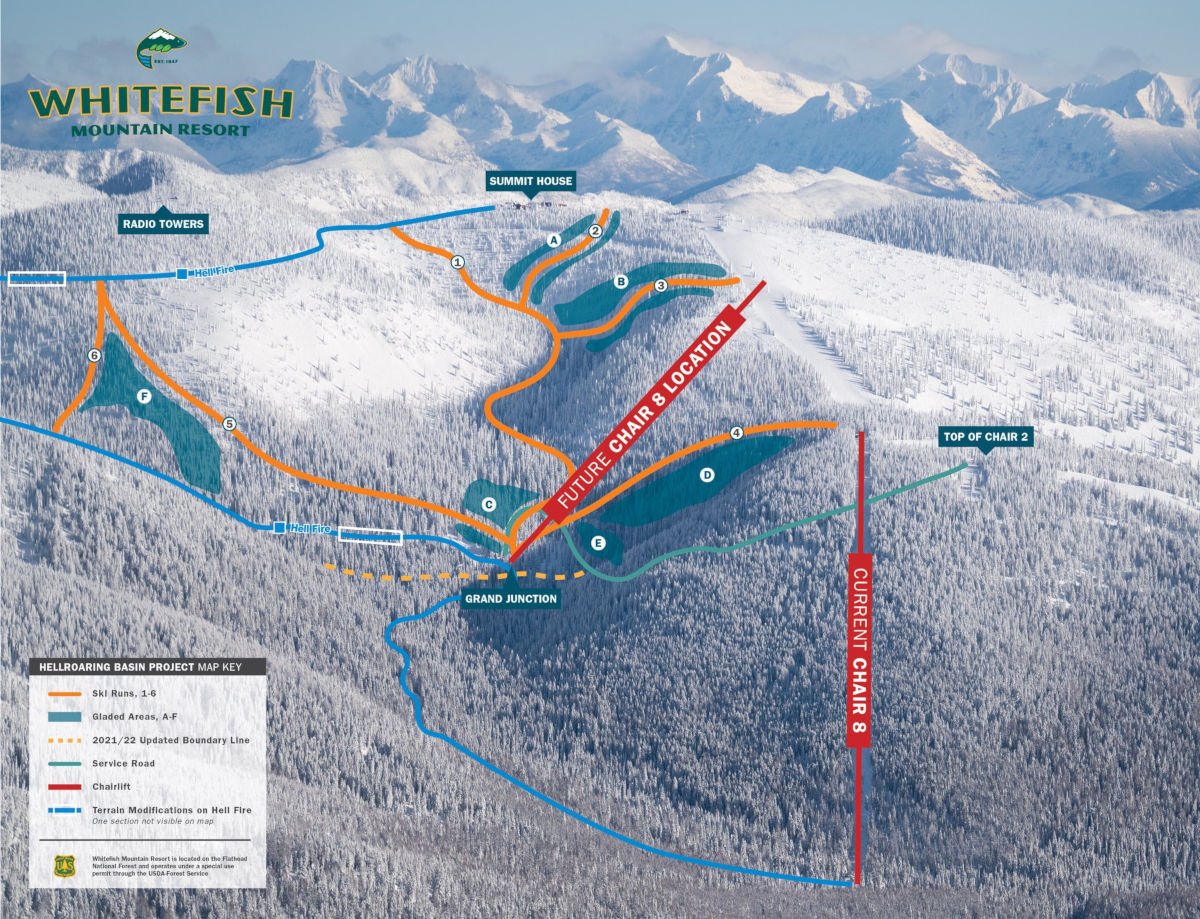 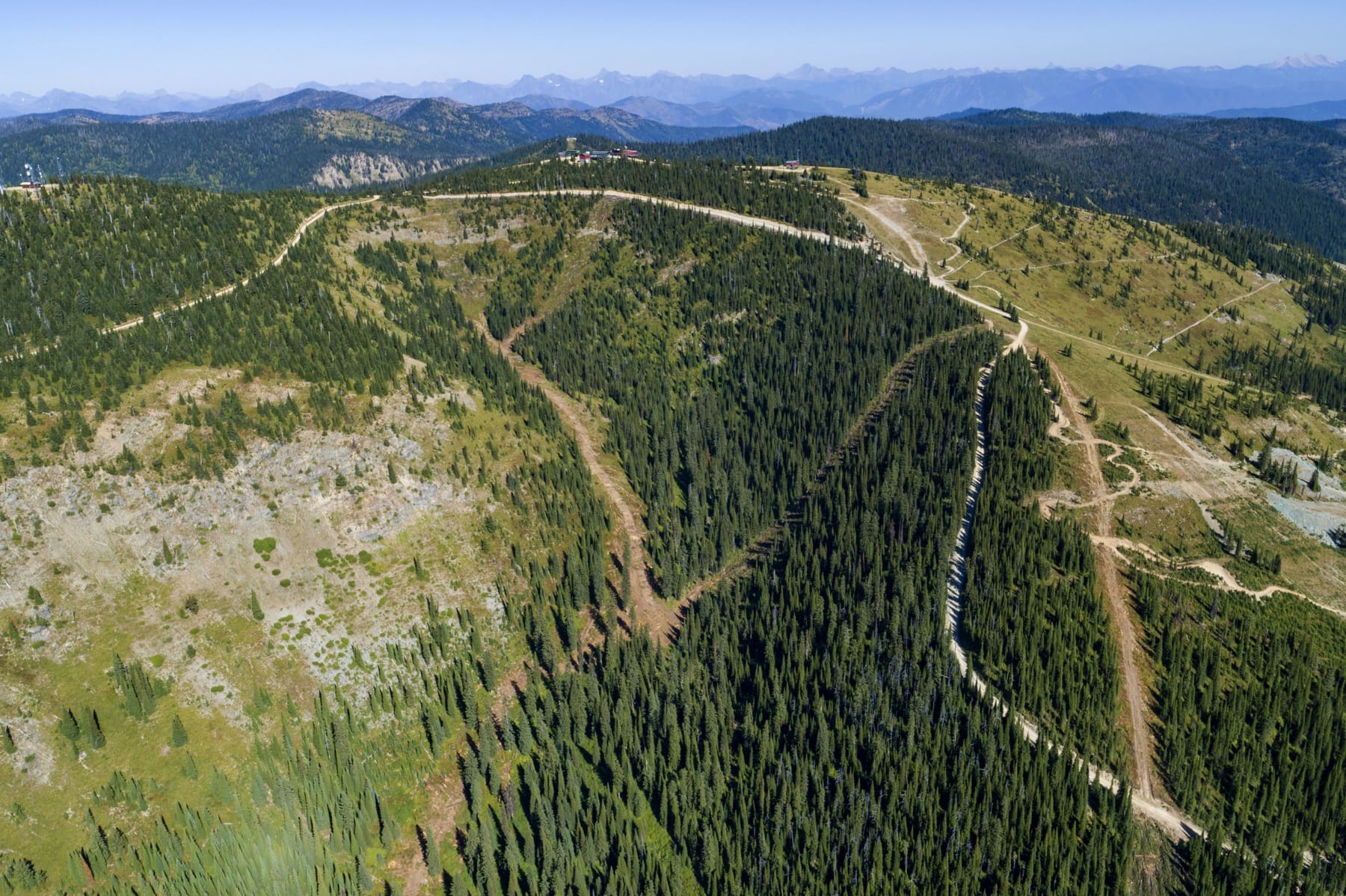 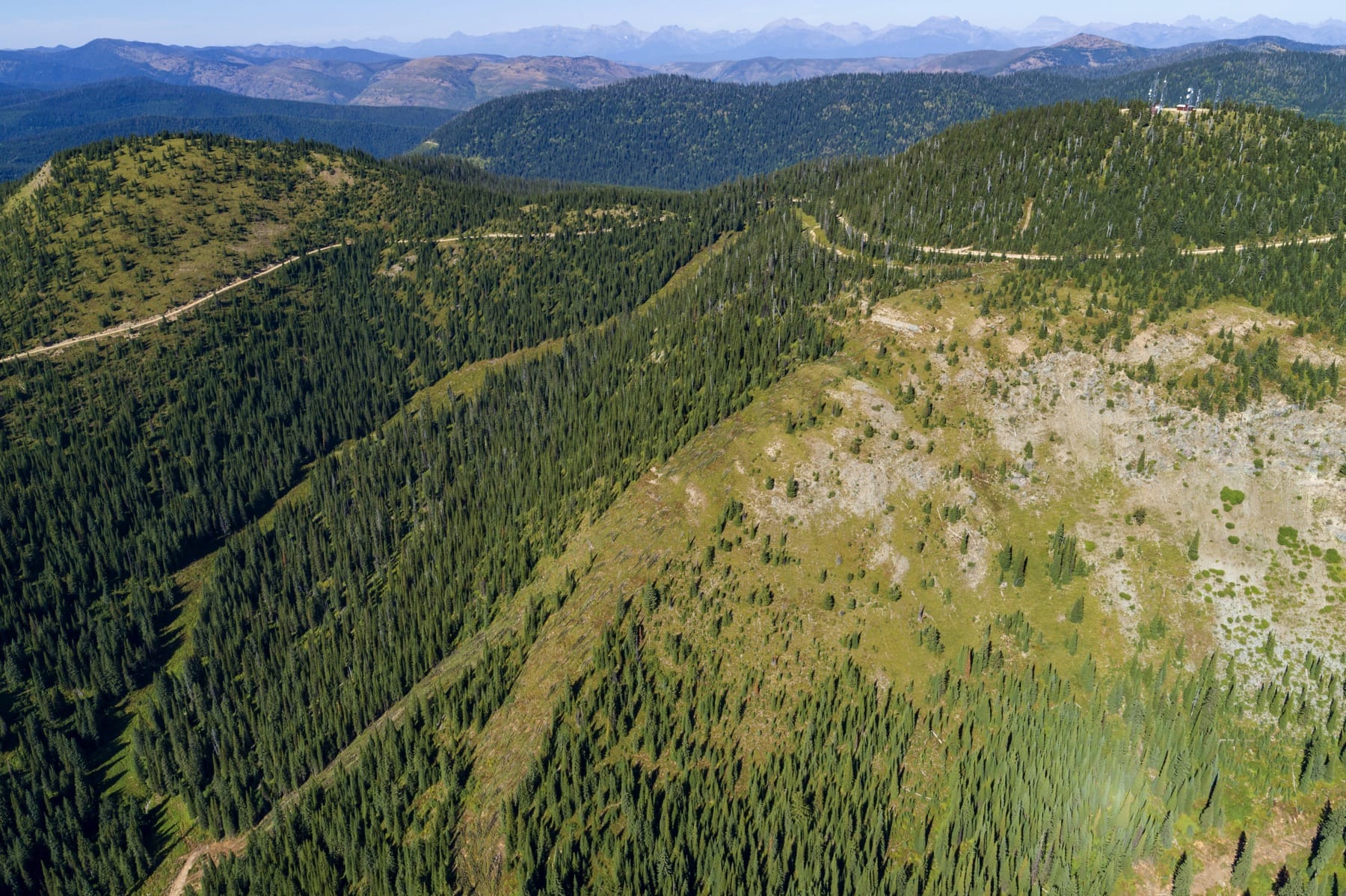 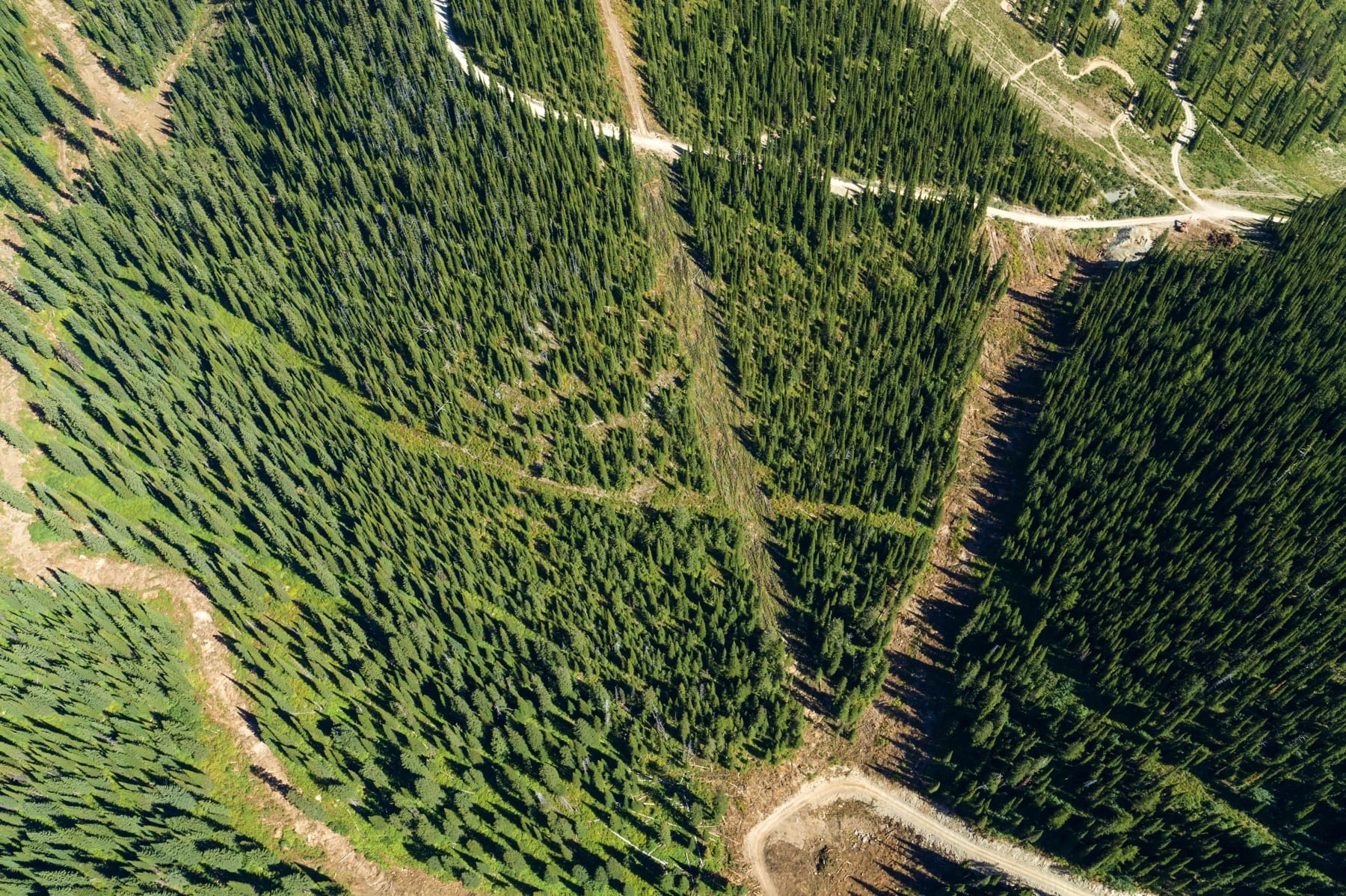 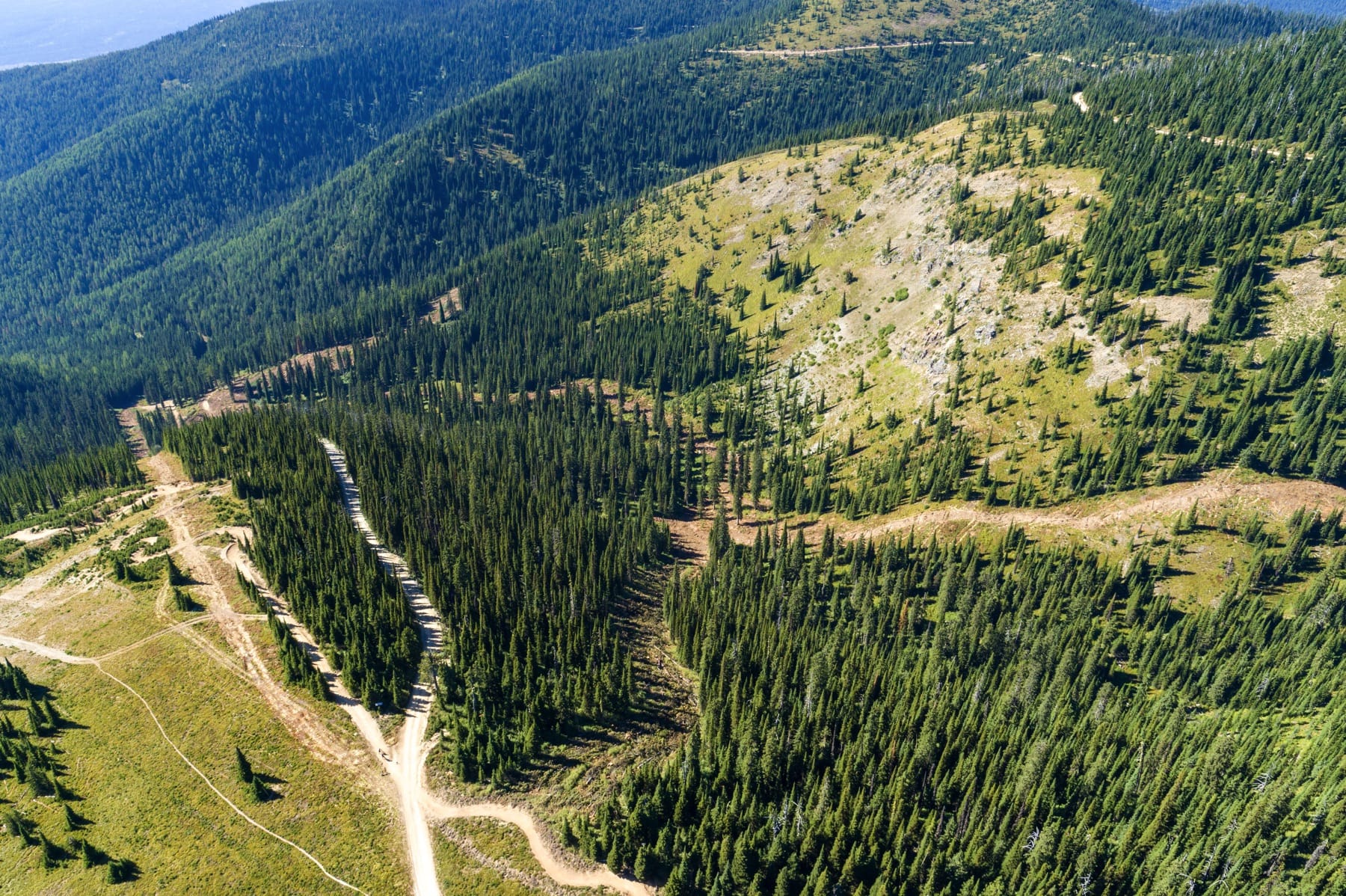 The New Chair 4 — High-Speed Express Lift from Base Lodge

When Chair 4 was installed in 1978, the Base Lodge did not exist, a small ski hut was built at the bottom of the chairlift, and there were no runs or facilities built below that point. Today the vast majority of guests use the Base Lodge as their primary portal to the mountain.

Although Chair 1/Big Mountain Express carries the burden for most of the access to the upper mountain, nearly 70% of the resort’s parking is located adjacent to the Base Lodge, therefore putting pressure on Chair 6 and Chair 10 to transport guests to the Lift Plaza to reach Chairs 1 & 2.

In order to better serve our guests as we continue to grow, preliminary planning has begun for a future Chair 4 Express. The bottom terminal will be located to the left of the carpet lift with the upper terminal located on the Inspiration Ridge below the old top terminal of Chair 5. With the upper terminal located there, guests will have access to most of the upper mountain terrain, including Ptarmigan Bowl, the south ridge of Hellroaring Basin, runs to the east off of the Inspiration Ridge as well as access to Chair 5/East Rim.

Additionally, the old Burger Hut will be removed and that entire area and below the Barn Road/Barndance run will have trees cleared and be regraded to provide improved skiing and access into the new lower terminal. Sections of lower Corkscrew, lower Langley’s, lower Expressway, and lower Bad Rock will also be regraded to provide better skiing into the lower terminal. When people stand at the current carpet lift and look up the mountain when this project is done it will look very different from how it looks today.

Imagine taking advantage of early morning groomed skiing on Hogan’s or Hogan’s East, or powder days in the Langley area or the Faults!

There is no firm installation date. A more formal announcement will be made once a timeline is established.

Benefits of the future Chair 4: 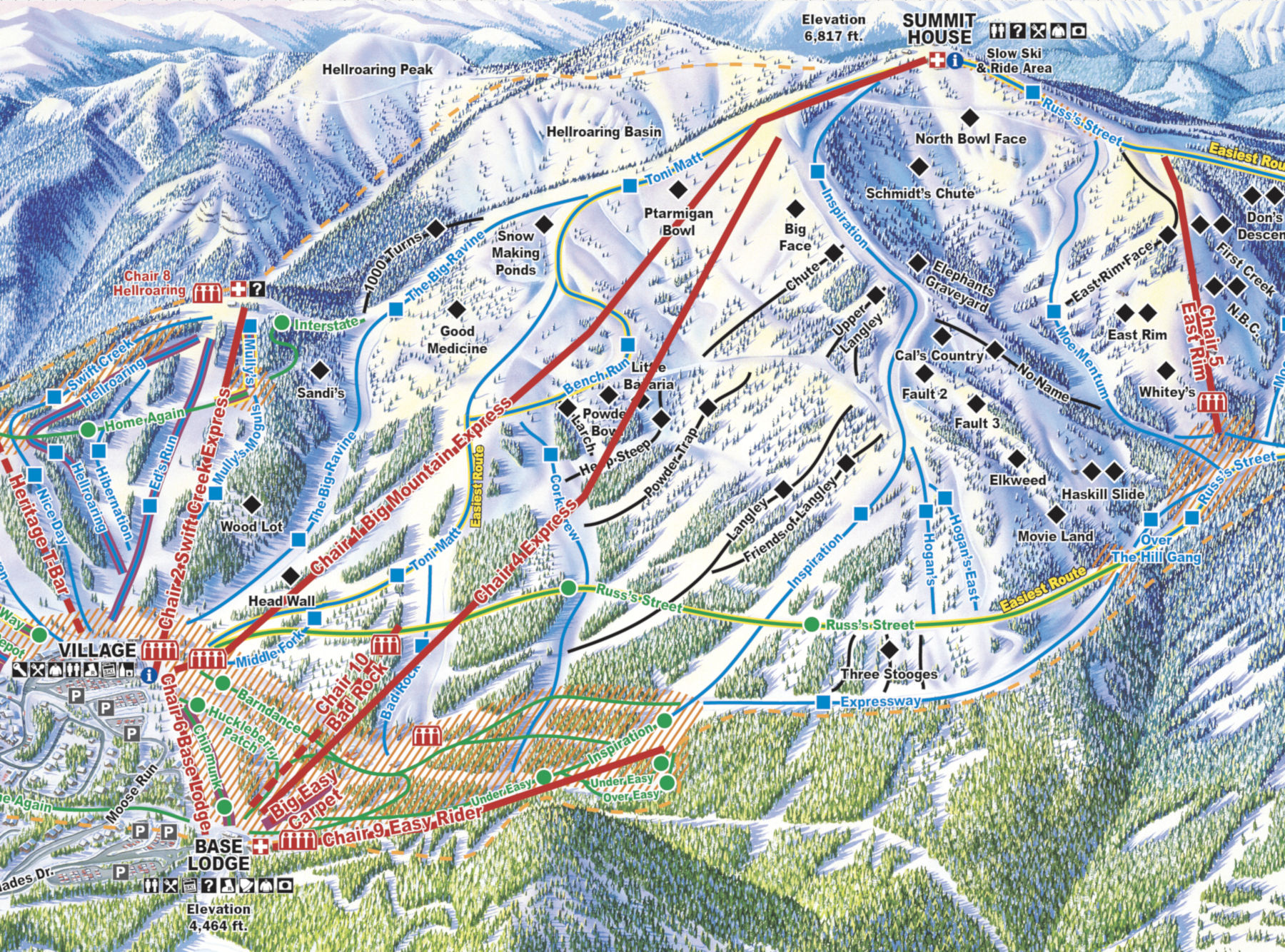 Due to overwhelming popularity and an increase in summer visitors, Whitefish Mountain Resort will add a second Alpine Slide and redesign the original slide for Summer 2019. The resort will invest $675,000 to engineer, design and build two new slide paths as well as purchase additional sleds for the wildly popular summer activity. The new alpine slides will be located in the same vicinity as the current slide and will be on unique paths to provide two distinct experiences to summer guests. Chair 6 will be used to transport guests and sleds from the bottom of both slides to the top of the hill where both slides will begin. There is no extra charge for riding the lift. 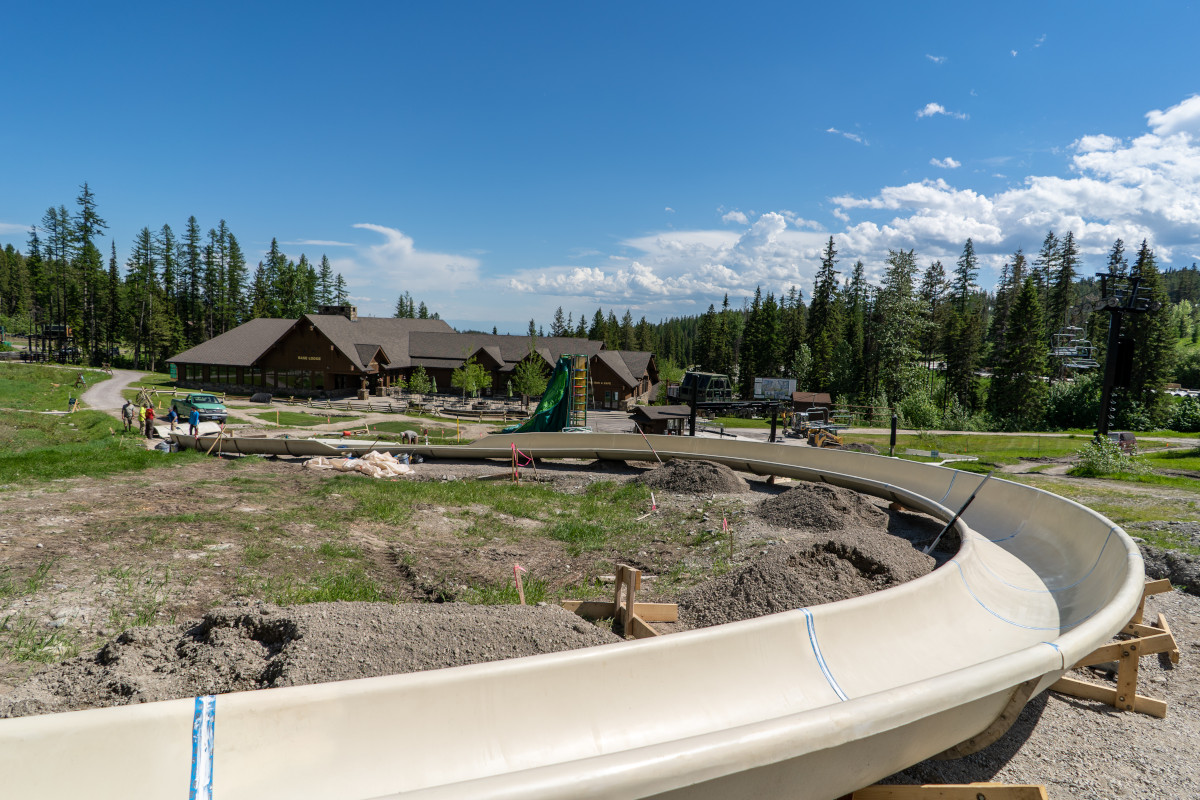 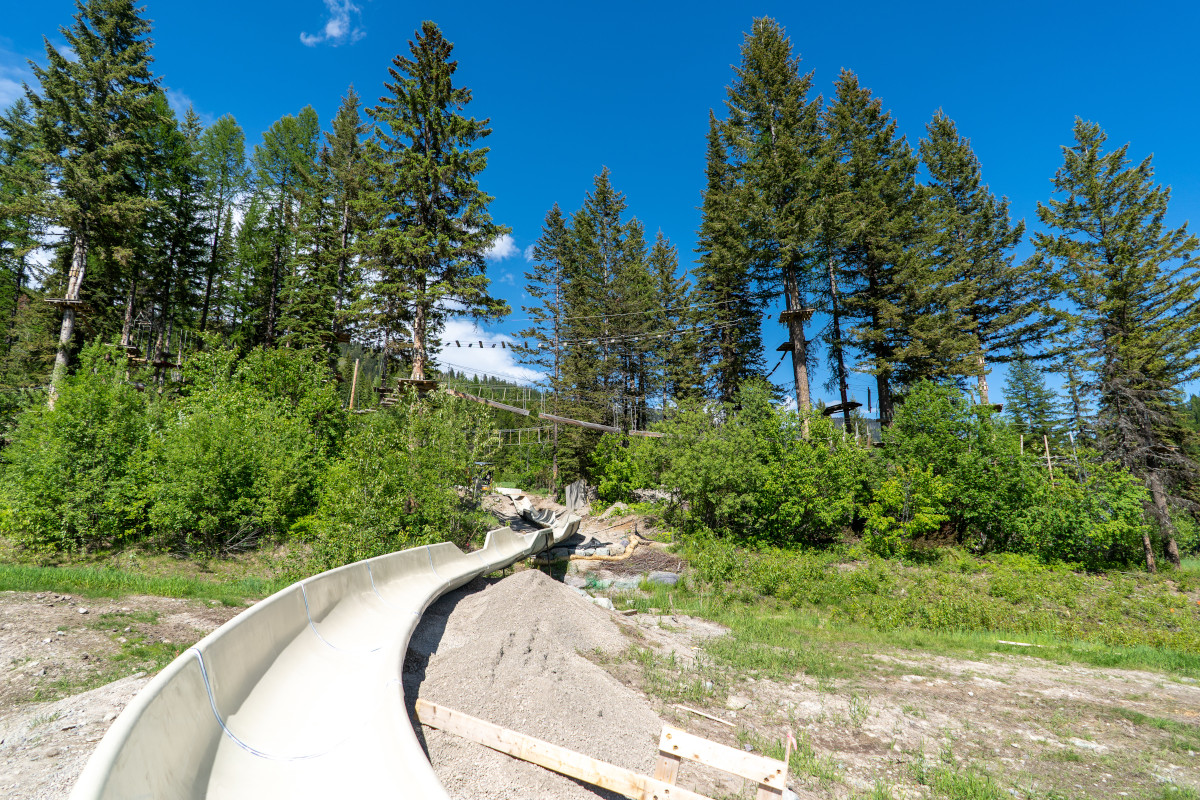 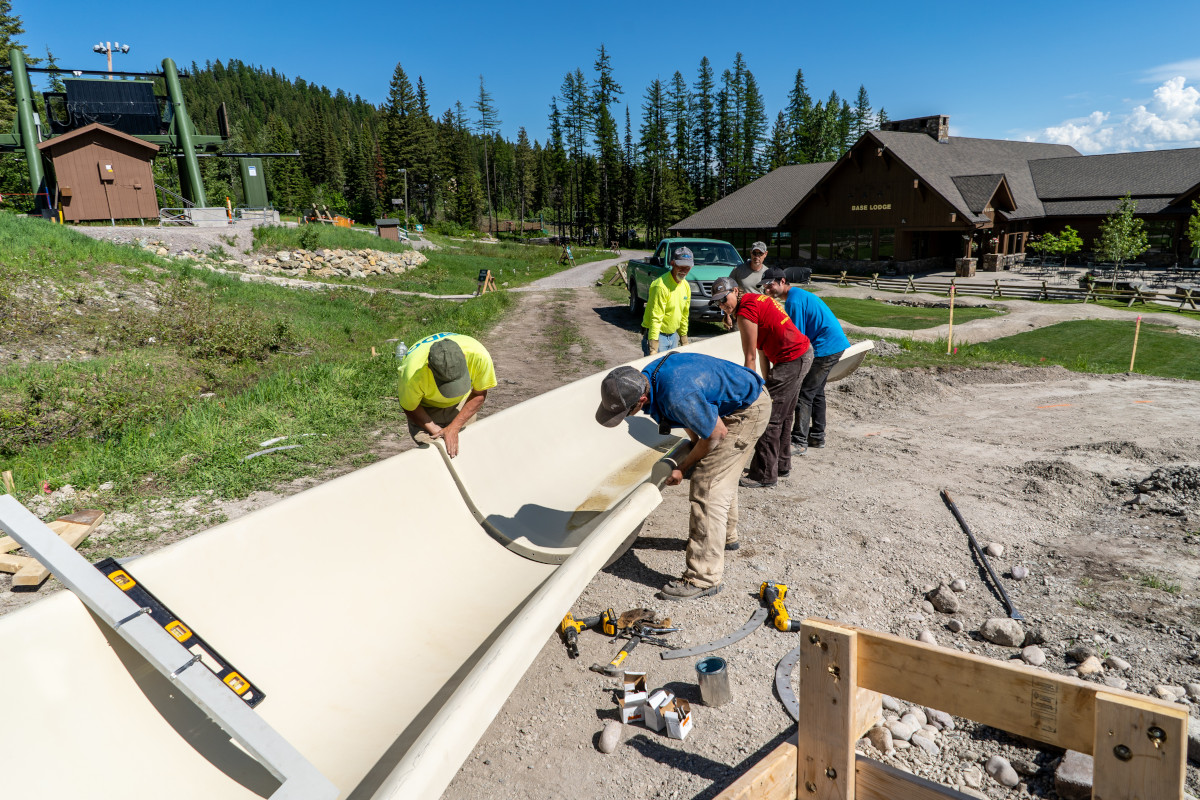 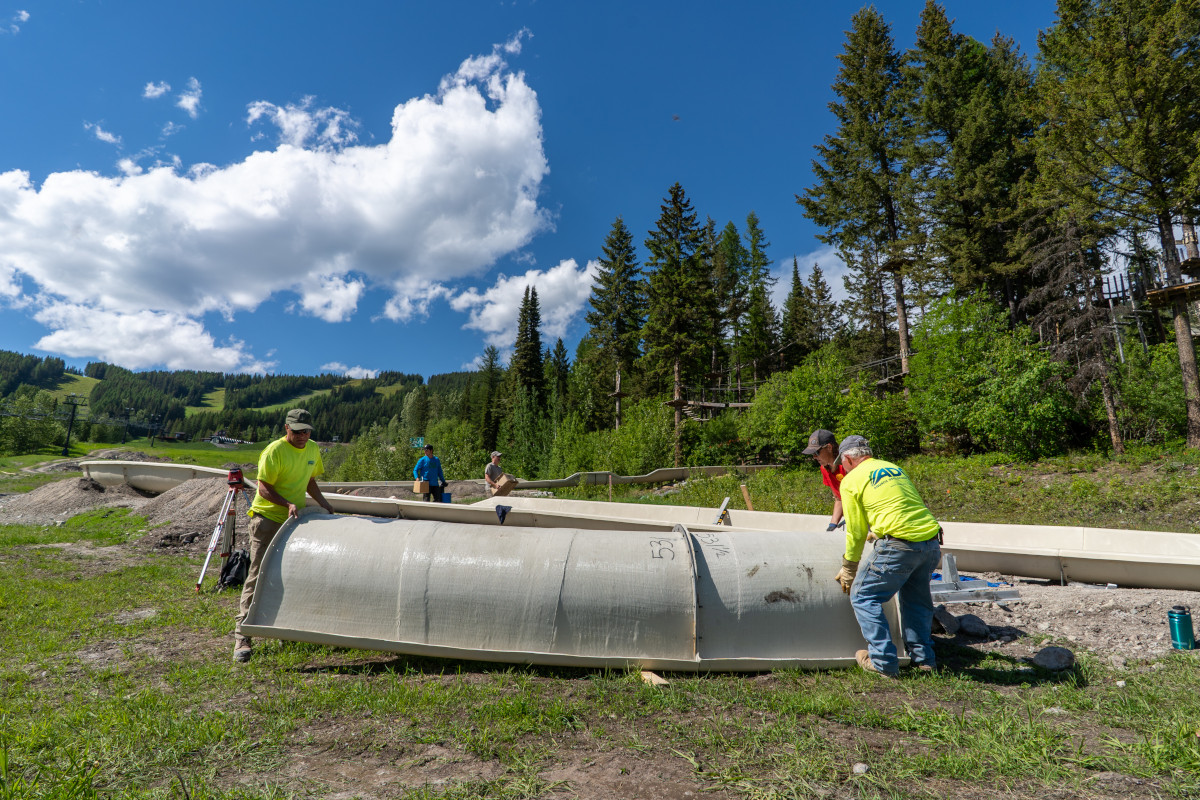 Ed & Mully’s Bar & Grill is getting another makeover for the 2018/19 season. Phase 1 was completed last year and included a complete exterior remodel and related interior improvements including new windows. Phase 2 will do a complete remodel the interior space with an updated design and fresh new look including new finishes, lighting, fireplace, carpet and restroom upgrades. The remodel will create additional seating including built-in counters below windows looking out on the slopes. The kitchen will receive a new design and equipment. Overall the new layout aims to provide greater comfort for guests while the kitchen upgrades will increase efficiency. 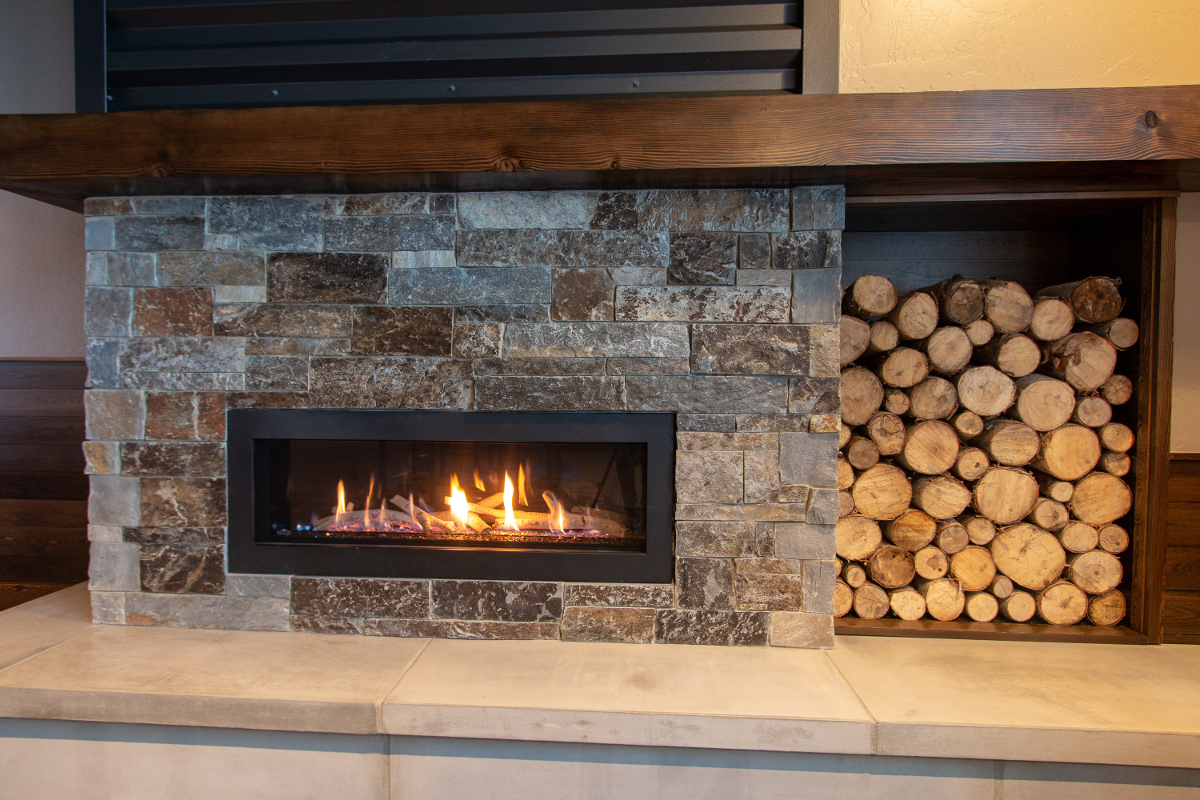 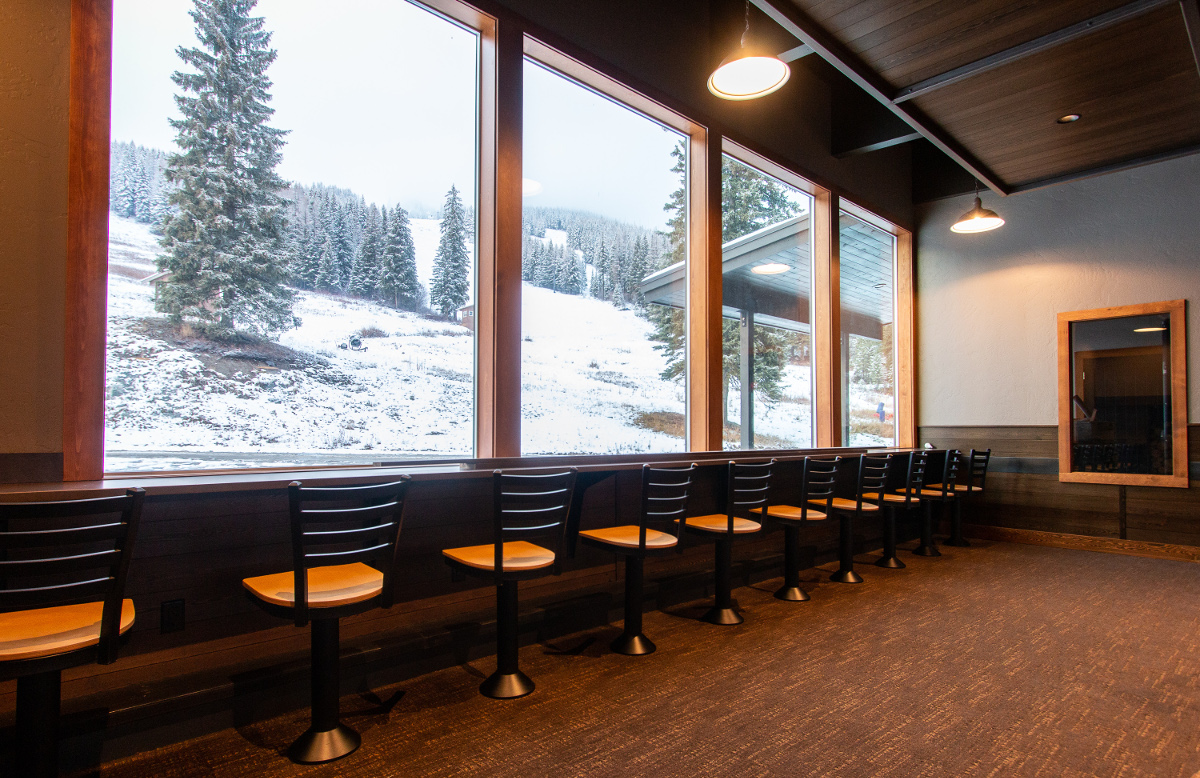 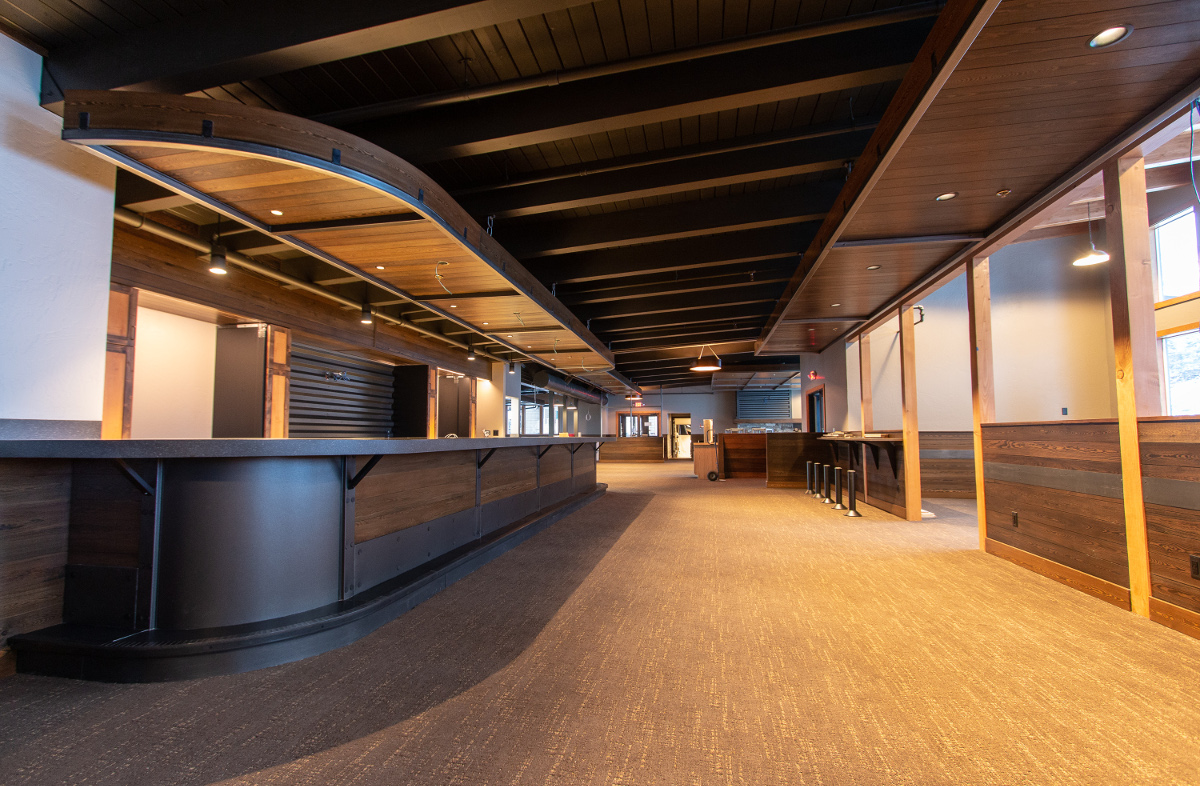 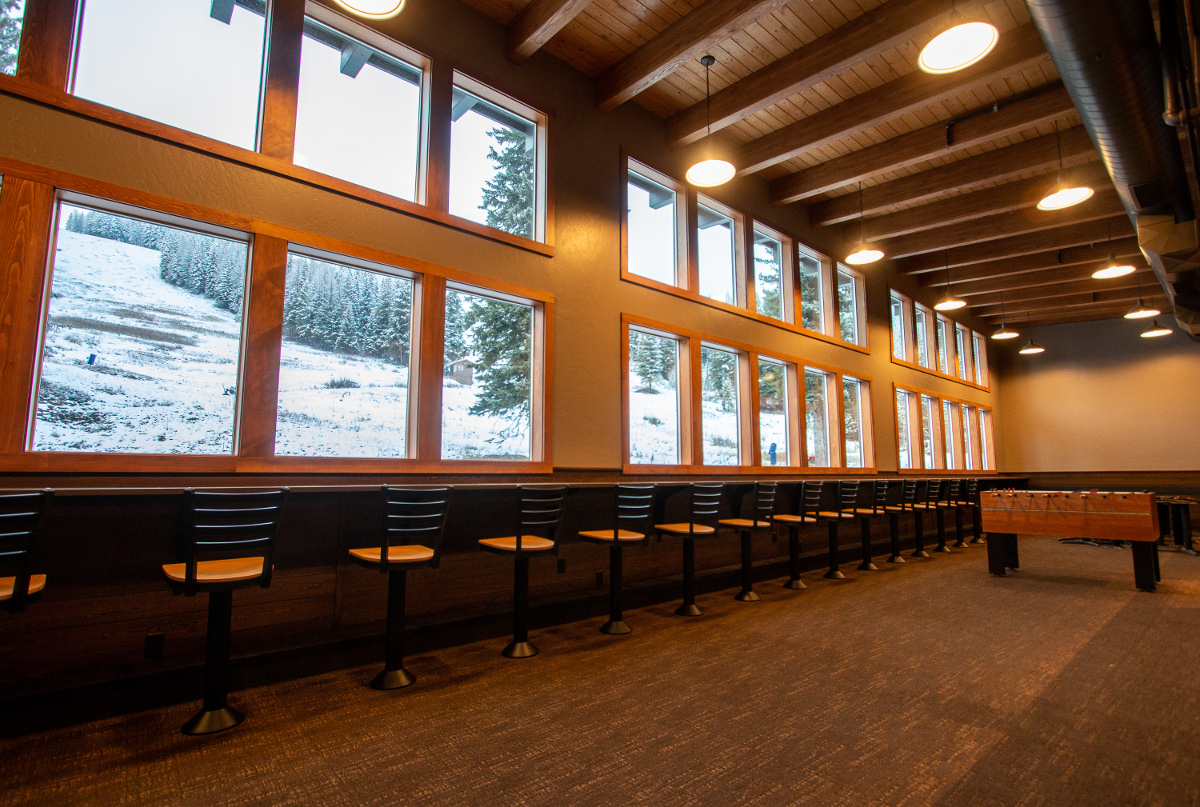 Trail crews have been working this summer and will continue into the fall on several glading projects around the mountain. This not only helps promote forest health by removing dead and dying timber, it will improve the skiing in the areas where crews have been working. The areas include 15 acres in the Ptarmigan Bowl, 8 acres in the North Bowl and 7 acres on the North Side of the mountain. (Acres are approximates.) 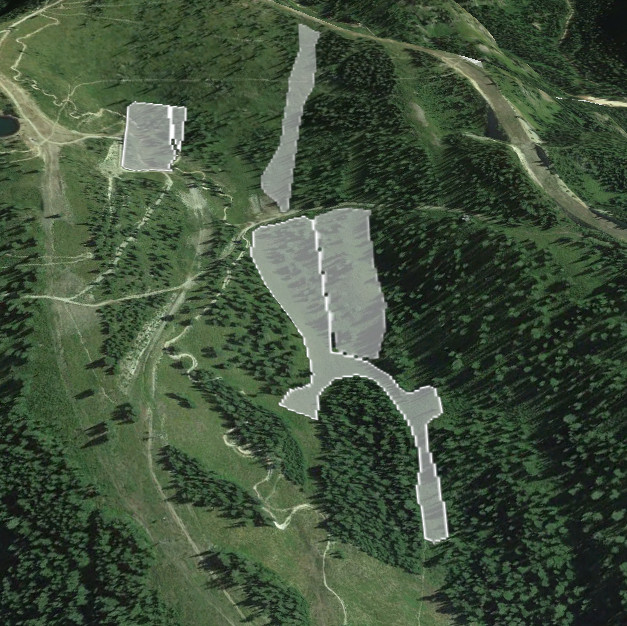 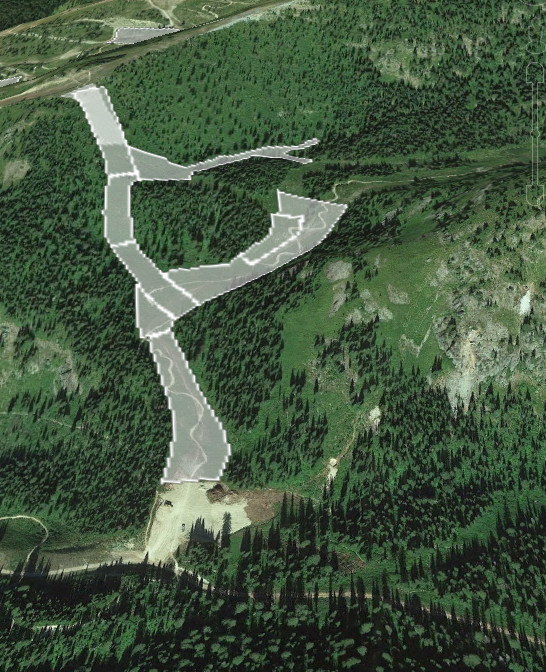 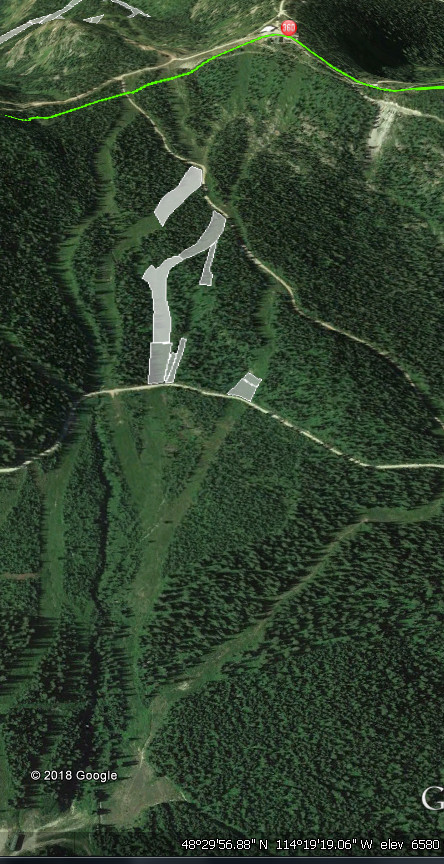 In early summer 2018 Whitefish Mountain Resort replaced its “Big Easy Carpet” surface lift with a new Boardwalk® Conveyor Lift. The new carpet will serve beginner ski/snowboard guests in the winter with its user-friendly design. It will also serve guests in the summer to access the resort’s recently added Summer Tubing activity.

New for 2018, Whitefish Mountain Resort added Summer Tubing to its summer activities menu. Guests will receive an inner tube and ride the Big Easy Carpet to the top of the hill to ride one of two side-by-side 300-foot long slides.

Last April, crews from Skytrac teamed up with Whitefish Mountain Resort to move Chair 5 from Ptarmigan Bowl to the East Rim. Chair 5—now named “East Rim”—will offer guests an opportunity to avoid a long traverse from the east side of the mountain back to Chair 1 and the summit. The bottom terminal of Chair 5 is located near the intersection of Russ’s Street and Moe-mentum ski runs. The top terminal is located on the “knob” just west of Don’s Descent on the East Rim allowing skiers to access the East Rim and North Bowl as well as North Side Chairs 7 and 11 and T-Bar 2. The East Rim Chair will create a stand-alone pod of skiing in the North Bowl and East Rim areas where guests can take advantage of early and late season ski conditions found on the upper mountain. The chair will operate daily 10am to 4pm.

Several upgrades to Chair 5 have been made including but not limited to: a new electric motor, new drive, new braking system, new hydraulic tension system, a rebuild of the gear box and restraining bars for chairs. 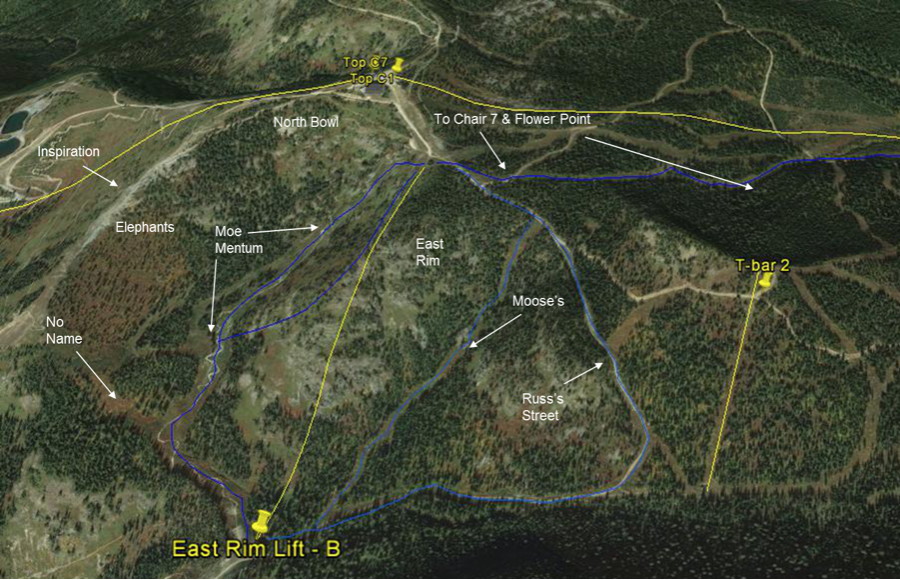 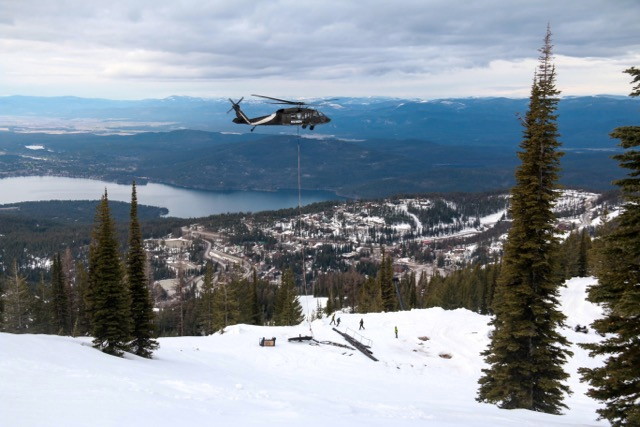 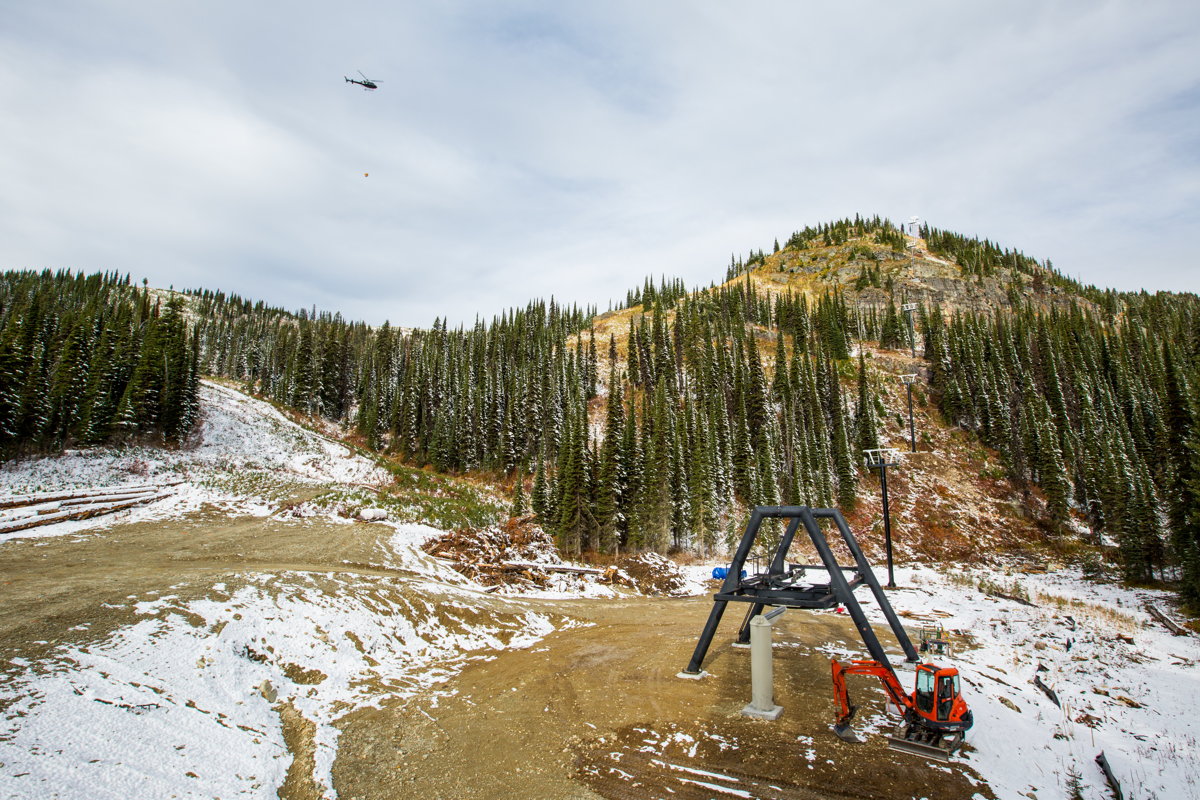 As Whitefish Mountain Resort celebrates its 70th Anniversary season the ski area continues its commitment to improving the guest experience on and off the mountain. Two buildings in the Village, Ed & Mully’s Bar & Grill and the Bierstube, received exterior improvements that have resulted in significant aesthetic improvements to the mountain’s village area.

This slopeside restaurant and bar will have a fresh look this winter. The new exterior features a combination of wood and corrugated metal siding, an entirely new façade for the building that was originally constructed in the early 1960’s. Guests will enter through redesigned entrances, from both slopeside and the village side, that improve the access to the building and create a more welcoming sense of arrival. Additionally the atrium on the slope side of the building was removed and replaced with a new roof and windows looking up at the slopes. Other windows throughout the building also have been replaced. The exterior design was created by local Whitefish firm Montana Creative architecture + design and the project was completed by Davidson Construction, also based in Whitefish.

In early 2017 Whitefish Mountain Resort entered a long-term lease agreement with Bierstube business owner, Scott McIntosh. As part of the agreement, the Bierstube received an exterior remodel including a new roof, windows, doors and siding. Additionally the Bierstube will have a new deck partially covered by a gable roof. While the exterior and new deck are the major improvements, some interior improvements will make customers more comfortable while maintaining the bar’s charm. The Bierstube’s exterior design was created by Montana Creative architecture + design, and Dow’s Construction completed the project.

A new covered bus shelter has been built for S.N.O.W. Bus passengers located at the previous bus stop next to the Bierstube. As part of the new village entrance to the Ed & Mully’s, the lower patio and upper deck was razed to create room for the new stairway, and additional parking spaces.

Phase 2 of the Summit House was completed in fall 2016. The remodel includes enlarging the kitchen and food court area, new tile work in the kitchen and new carpeting. The new configuration will provide our guests with easier access to food and beverage offerings as well as a fresh new look and feel. 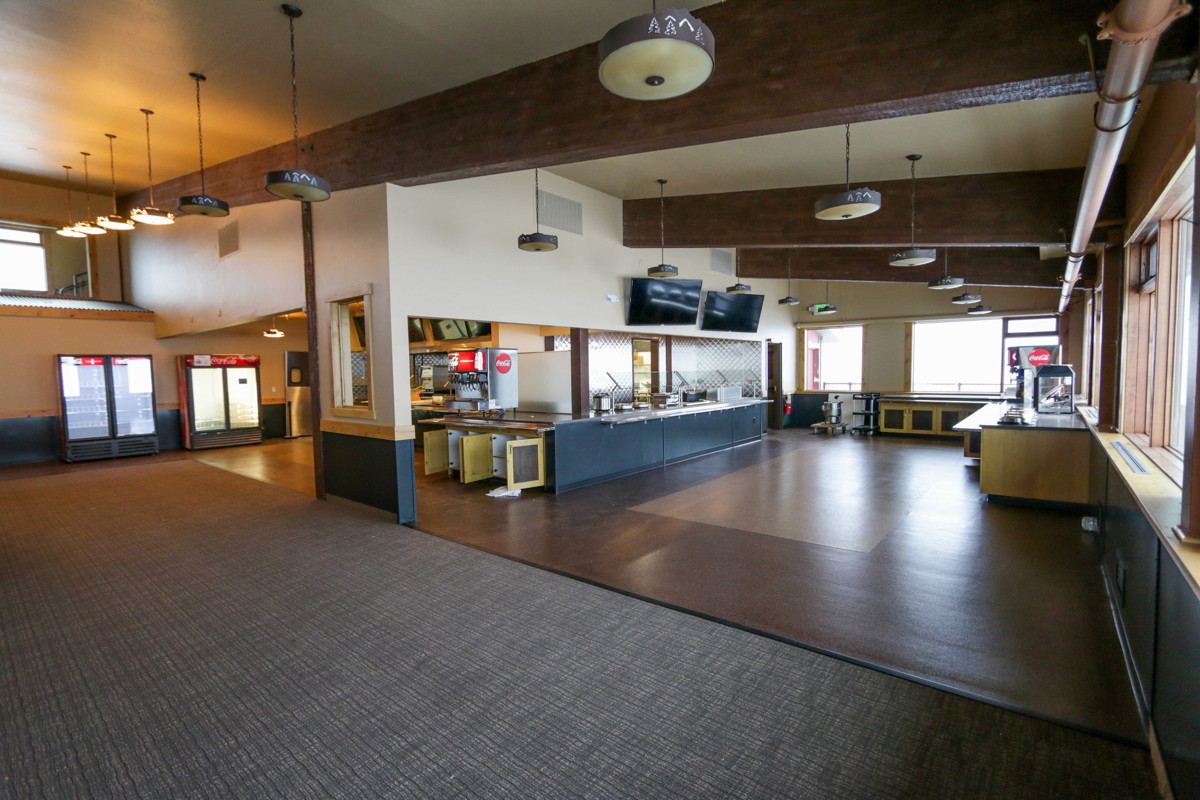 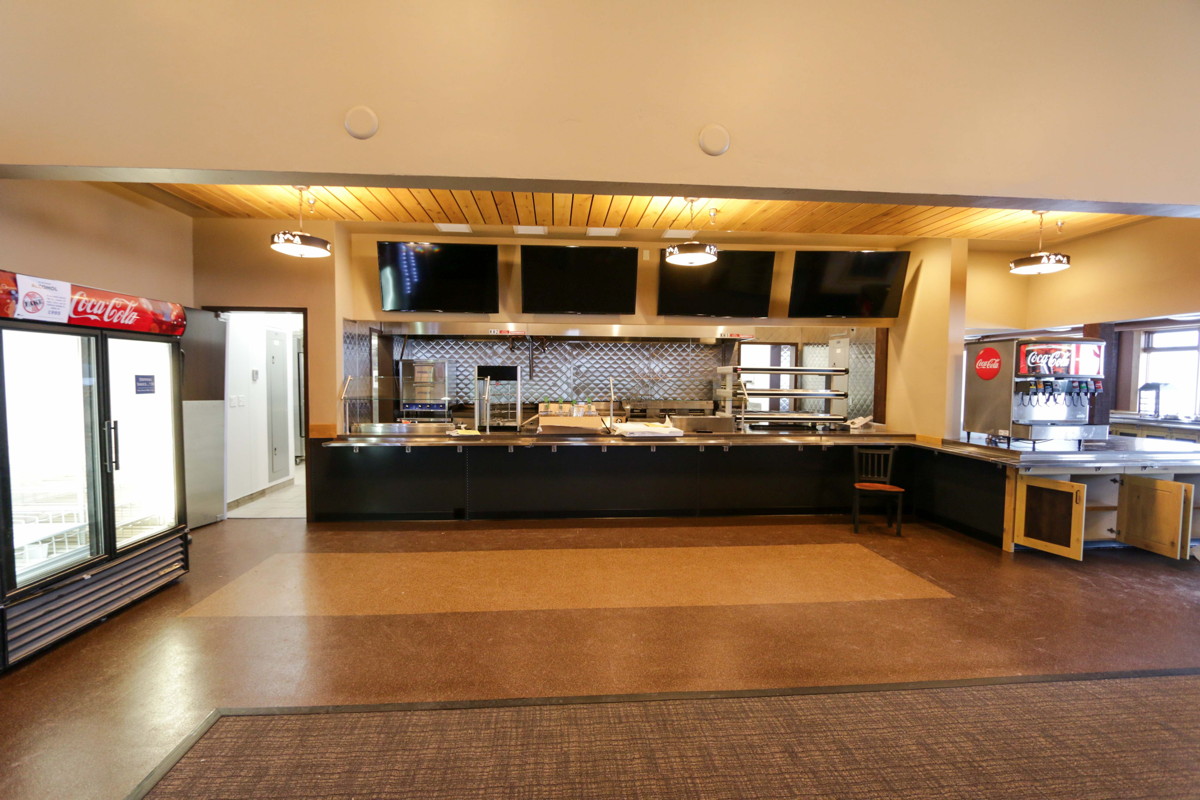 Over the past several summers Whitefish Mountain Resort has seen tremendous growth in usage of its Bike Park. The previous major expansion in the summer 2013 added five new expert trails which included the Kashmir Trail named a model “Flow Trail” in 2014 by the International Mountain Bicycling Association (IMBA). This summer’s expansion added three new beginner/intermediate and intermediate downhill trails to provide riders new to downhill mountain biking an area in which to develop the skills required to progress in the bike park. Additionally the resort added custom-built bike carriers to the Bad Rock chairlift to access the three new trails plus two expert trails creating the new the “Bad Rock Zone.”

Whitefish Mountain Resort recently completed Phase 1 which was a $1.2 million improvement project at the Summit of Big Mountain in time for the 2015-16 Winter Season. The Summit House remodel added a mezzanine level with 1,600 square feet and approximately 135 seats, and new windows providing northwestern views. Additionally the building received an entire exterior remodel with new windows, siding, stonework, trim and lighting. Restrooms were added to the main floor as well as a new, expanded entry.

Whitefish Mountain Resort Ski Patrol now has a new headquarters at the Summit. This two-story, 800-square foot building is more than four times the size of the old cabin which served as the dispatch center and warm up room for patrol. The new building enables patrollers to treat minor injuries on-site instead of transporting to the clinic in the Base Area. The building also includes a kitchen to accommodate patrollers during their daily shifts, which allows them to stay at the summit where they can be dispatched to most incidents. To complete the summit upgrade, the two lift maintenance and operation buildings have been given a new exterior to match the Summit House and Patrol HQ.

Whitefish Mountain Resort completed its two-year $1.29 million Flower Point Project by installing a fixed-grip triple chairlift to the north side of the mountain for the 2014/15 season opening up access to new runs and glading from the top of Flower Point creating an additional 200 acres of lift-served terrain and providing more dependable conditions early and late season on its north-facing slopes.

The Flower Point Project added four new runs for the 2013/14 winter season, and the addition of the chairlift added four more runs in 2014/15. Flower Point is so named for the wildflower-covered alpine meadow on its peak and offers a spectacular view of the North Fork area in Glacier National Park. In tribute to this national treasure, most runs are named after locales in the national park: North Fork, Whiskey Spring, Big Creek, Inside Road, Outside Road and Hidden Meadow. An additional run, Ridge Run, now runs along the northeast boundary of the resort. The lift also provides access to a sixth new run, One Grand Parade, on the south side of Flower Point.

In 2013 an additional 100 seats were added with the 1,200-square-foot addition to the Base Lodge. In 2014 a half-million dollar renovation included an expansion of the food court area improving the efficiency and flow, and providing new food stations to create more options for guests. Additionally, the Coffee Bar was relocated adjacent to the Base Lodge Patio, and a new seating area provides indoor seating for customers as well as overflow seating for the Base Lodge Cafe.