Coming up with new trail names isn’t easy. It requires some creativity along with inspiration from local characters and longtime employees. Here is a little background on the new Hellroaring Basin trail names!

Chet’s ‘Stache
Named for Chet Powell whose legacy on the mountain spans more than 40 years. He tried to retire from his role as the Director of Mountain Operations, but we talked him into sticking around as the Director of Special Projects whose work includes the Hellroaring Basin project. Chet is well known for his impressive ‘stache. This run is also his favorite powder stash, so the name came easy.

RadJack
Rad Jack Marcial is a legend in the community. Back in the 1970’s, Jack was one of the first to embrace telemark skiing and is recognized as one of the main contributors to its subsequent popularity. His stoke was infectious and he lived for skiing. The Marcial family has long been a part of the mountain family and it was only right that we memorialized his name with some of the best terrain in the basin.

Dog Leg Left
Located between “Gray’s Golf Course” and “The Back 9” it was obvious we had to stick with a golf theme. The run curves left off the ridge, resembling a dog leg left fairway.

Wing and a Prayer
The Hellroaring Basin Improvement Project started on a wing and a prayer. Against all odds, it is really happening! This run is the future Chair 8 lift line once it gets moved in Summer 2021.

Lacy Lane
With epic views, who better to honor for this trail than Marion Lacy, who documented the mountain since its inception with fantastic photos? He’s behind the historic photography we have featured around the mountain. When you’re skiing Lacy Lane, make sure to take a moment to soak it all in.

Short but Sweet
Sometimes, a literal approach is just best. 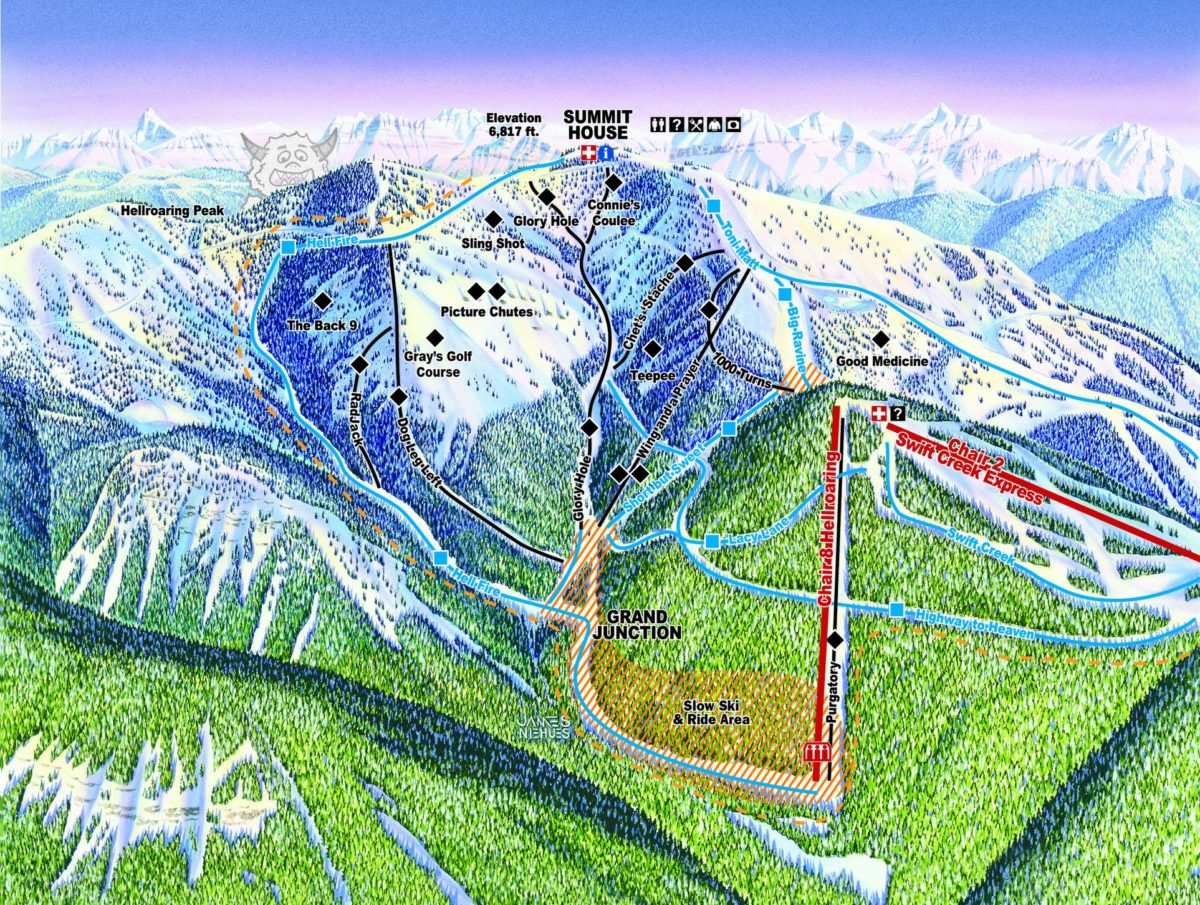