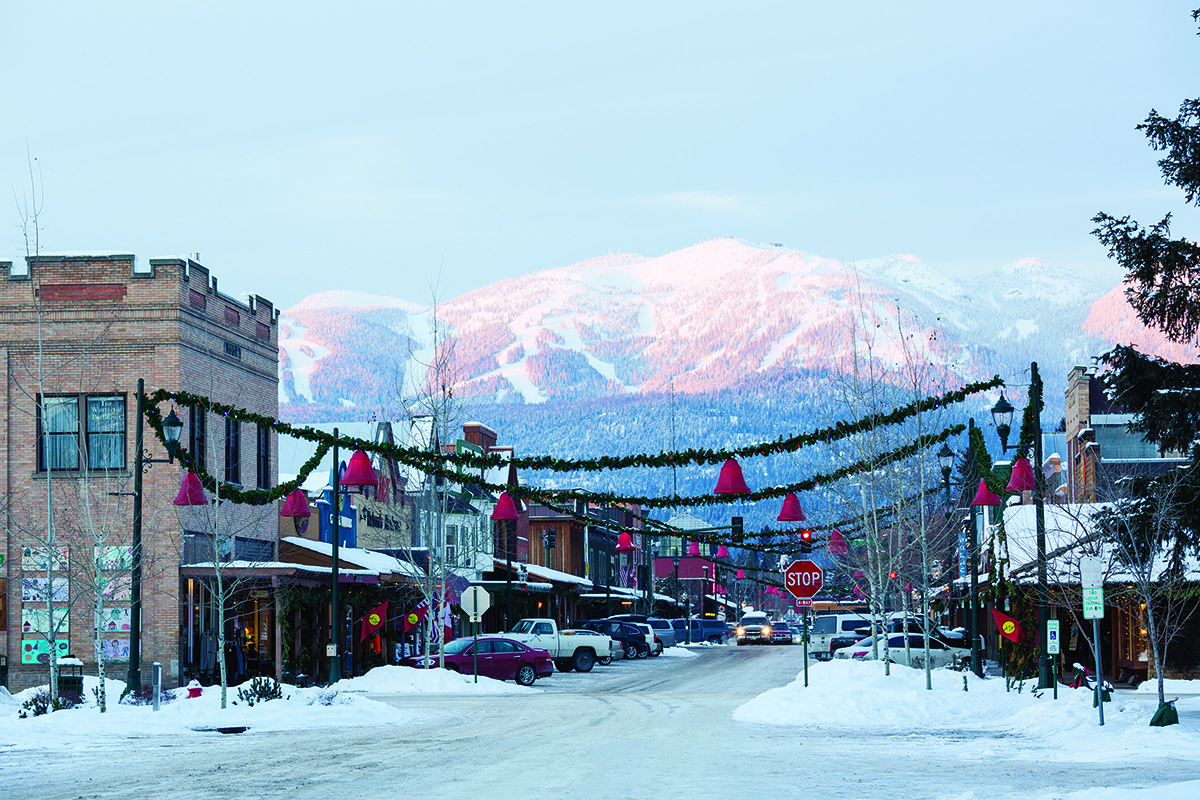 You may have heard, SKI Magazine readers ranked their favorite resorts in 20 categories, and these results were published in their most recent issue, “North America’s Top 50 Resorts” and we received the overall ranking of “Number 3 in the West,” our highest ranking ever. While this knocked our socks off, we are actually quite pleased of the category in which we were ranked #1: Local Flavor. That, combined with a #4 for charm makes us even happier because being known for those says a lot about who we are, and aligns with who we want to be—a ski resort with character.

Whether you show up this Friday for Opening Day, wait for the weekend, or maybe wait for a little more snow, you will be coming back to the slopes because it’s more than just what we do in the winter, it’s who we are in the winter. Once you get here and ride up Chair 1 you are likely chatting away with your ski buddies or family while watching the slopes below, looking for people you know, or at least people you recognize, from seasons’ past. Chances are quite good you will see someone and feel at home.

For the past several weeks I haven’t been able to get through the grocery store without someone asking how the mountain is doing, and talking about how excited they are for the season. It’s not just me, everyone is buzzing about the season and what it will bring. While it’s true we have had more new people coming here for ski vacations, as well as a lot of new people moving to the Flathead, there’s still quite a bit of those “small town encounters.” Among the new faces, we’re still a fun community of skiers and snowboarders that just happens to be a little more prominent on the map.

Yet this is not the first time we’ve tasted fame. It was 57 years ago that our ski area had one of its first encounters with national media when our snow ghosts and a lone skier donned the cover of Sports Illustrated. We were featured along with three other emerging ski resorts in the west including Alpine Meadows in California, Taos in New Mexico and a brand new Colorado resort that opened that season (1962) called Vail.

The article, “The Sweet Snowy Look of Success,” by Ezra Bowen is a fun read, especially when considering the current news of the industry. Even then, Bowen could read the enterprising look on some ski area founders’ faces, and the down-to-earth aspirations of our co-founder Ed Schenck whose goal was to see to it everyone had a good time. Bowen easily picked up on the vibe here, penning that up in Montana, they are “quietly selling something quite different.”

“It’s a natural, easy atmosphere that makes a new guest feel as though he had arrived at an old friend’s house,” Bowen writes. He then quotes Schenck saying how he deliberately hires employees who are polite, personable and will interact with the guests. “The hospitable attitude seems to rub off on the guests, who mingle easily on the slopes, at meals, in the chalet bar or the Bierstube at the lodge.”

Although published on December 3, 1962 his description still rings true today. I bet Bowen would agree, for Charm and Local Flavor, the folks in Whitefish take the prize.

Speaking of “the bar in the chalet” (now known as Hellroaring Saloon & Eatery) and The Bierstube, they both live on today and were featured last year in a lineup of other local “characters” in our “Commitment to Character” campaign. It included several more colorful people and things such as the S.N.O.W. Bus. We bill it as a free ride up the mountain, yet when filled with a cozy mix of locals and visitors it becomes a character of its own. (By the way, the S.N.O.W. Bus added new times in the afternoon on weekends and holidays so there will be more room for everyone to get home). Frabert also made the list and if you don’t know who that is, it is high time you stop in to The Bierstube on a Wednesday evening.

If you need a refresher, go to skiwhitefish.com/character to see the cast, and stay tuned to Instagram and Facebook where we’ll feature more characters this year.

Meanwhile, this page will keep you informed and entertained on a range of topics that cover our mountain’s winter community every week until we close in April. So please, keep reading! And tell your friends!

We are excited for another season of fun on that Big Mountain we all love, and sharing it with all the great people who make this place what it is—a ski resort of characters.