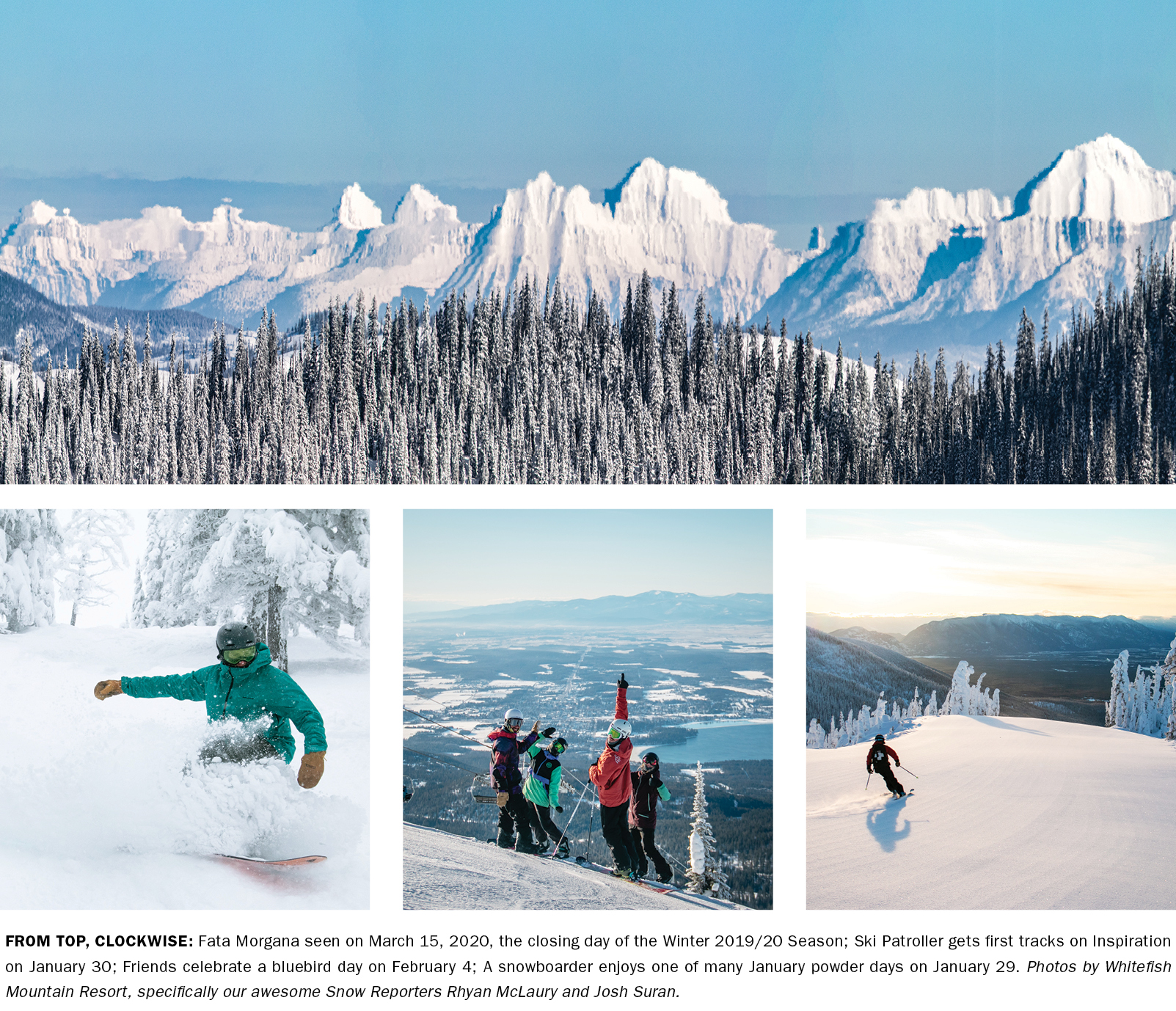 Well, that was abrupt.

You received an email one day and just under 24 hours later, received a second, unexpected and quite opposite announcement. We understand your shock and disappointment (we felt it too) it was not what anyone wanted to happen. We are sorry. We are especially sorry for those of you unable to make it to the mountain for the unscripted closing day.

At the dawn of this ski season we had many reasons to feel optimistic and excited. We were coming off of three consecutive record-breaking seasons for skier visits. With more passholders this year than ever, we expected you to ski more (because you are awesome), and before the shutdown, we were well on our way to another record season.

We were beside ourselves at the honor of being ranked the #3 ski area in the west by SKI Magazine Readers—due in large part to you—with categorical rankings like #4 for Service and Charm and #1 for Local Flavor.

Although we all came up short on our vertical and number of days up here, we can still celebrate some other highlights…

Our settled summit base depth on the morning of December 31 was 52 inches, two weeks later it was 111 inches. It snowed 68 inches in 14 days—more than the 10 year average for the entire month—giving us the deepest base in the state of Montana! January ended with 103 inches and the 10-year average is 60 inches.

On March 4, the Flathead National Forest announced that they approved our Hellroaring Basin Improvement Project. At this time, we believe we are still on target to begin the work this summer on clearing timber, building the road and slope improvements, and to move Chair 8 in 2021.

During this abbreviated season, nearly 2,000 people ages 7 and older took their first ever lesson to learn to ski or snowboard. More 3-6 year olds than ever—nearly 2,600—were enrolled in programs. Our Freestyle Team had more athletes than ever—121 kids signed up and we hired more coaches. Many of you took advantage of our new Adult Ski Clinic.

Randy Helgath was the only one of us to break the three million mark skiing 3,033,289 vertical feet. His last day was Friday, March 13. I’ve been told that this was Randy’s 50th Season as a Passholder here. All Hail King Randy!

Early morning Sunday, March 15, the employees who went to work on the mountain were treated to what I was told was the most vivid Fata Morgana they had ever seen. This atmospheric condition creates a mirage in which mountains in the distance appear inverted, a treat on any day, yet this one was especially ominous.

If you allow me to geek out with my literary degree for a moment: Fata Morgana is Italian for Morgan le Fay, King Arthur’s supernatural half-sister. According to legend, she was a sorceress and a healer. So taking it symbolically, during this strange time, keep your eyes on the horizon. We will get through this.

In the coming days we will be engaging in discussions about pricing for next year’s season pass. Normally we’d be getting ready to announce the price however, right now we are focused on other things—taking care of our employees, closing and cleaning the mountain and last but not least taking care of our families.

The sun has set on another season, and we hope you have many fond memories. Thank you for sharing another winter with us. We hope you are well and stay well. Take care of each other. We look forward to seeing you next year.