The Great Northern Bar, or “The Northern” as locals call it, is a landmark of downtown Whitefish and recently celebrated its 100th anniversary. Signs of local businesses long gone cover the walls, ceiling, and serve as tabletops throughout the bar. Throughout the years, the clientele has generally remained unchanged with railroad workers and skiers lining the barstools, playing pool, ping pong, or other bar games and enjoying live music. Local legend, John Dunnigan, plays most Thursday nights while a mix of local bands and touring acts take the stage on Fridays and Saturdays. It’s likely you’ll still hear an old timer reminiscing about the infamous night in August of 1996 when Bruce Springsteen walked through the doors. “The Boss” was coerced on stage for an unforgettable night to all who were lucky enough to witness the performance. On weeknights, ski bums take advantage of the $1 beer specials paired with their classic burgers and giant nacho plates. Whitefish wouldn’t be the same without The Northern! #CommitmentToCharacter #SkiWhitefish 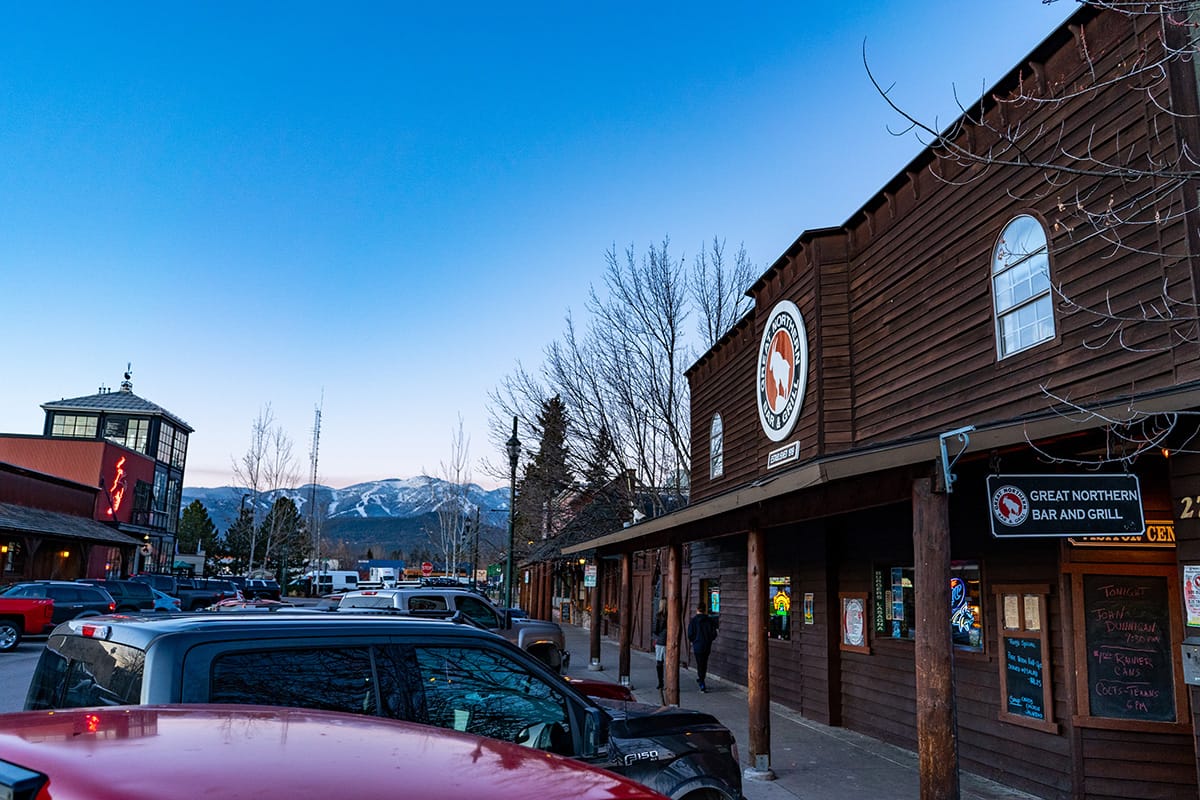